Formally a member of Fenwick’s patent litigation group, Adam’s practice is diverse across disciplines and industries. As part of his patent litigation work, Adam represents leading life sciences, pharmaceutical, and diagnostics companies at trials in United States District Courts, and in appeals in the Court of Appeals for the Federal Circuit. He has also litigated patent cases in the semiconductor design, wireless communication, and internet application industries.

Adam is a co-chair of Fenwick’s appellate practice. As a major part of this work, colleagues and clients call on him for advice on appellate strategy and, most often, to draft or edit appellate briefs. He has assisted in this way on matters ranging from patent infringement, validity, and enforceability, to tax controversy, to the enforcement of agreements under the Federal Arbitration Act.

Prior to joining Fenwick, Adam worked at a leading international law firm where he was a partner in the litigation group. 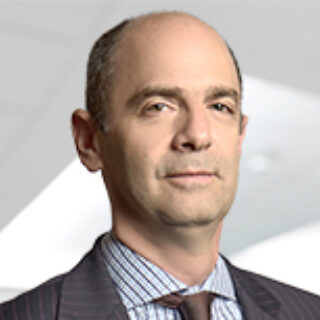