Brad is now in his second decade of leading the firm’s award-winning in-house eDiscovery bureau. Since 2001, he has been the team leader and manager of Fenwick's practice support and is currently the director of practice support.

In more than 500 matters, Brad has managed all aspects of the eDiscovery process from preservation through production. His wide ranging experience has encompassed all types of litigation matters, including civil lawsuits of all sizes, SEC and USDOJ investigations and antitrust second requests.

Brad’s versatility and knowledge have enabled the firm to create and maintain an eDiscovery infrastructure capable of handling all its litigation clients’ eDiscovery work in-house, virtually eliminating the need for costly third party vendors.

Brad designed and implemented Fenwick’s in-house soup to nuts data processing and review system, which now hosts more than 100 terabytes of electronically stored information (ESI). In addition, as described a bit in his article “Lateral Data Viewpoint Works for Fenwick & West” (LTN 5/7/10), he has had a lot of input into the high-powered end-to-end platform developed by Lateral Data (now owned by Xerox spin-off Conduent).

Widely acknowledged as an industry thought leader, Brad's practical expertise is well known to colleagues, opponents and vendors alike. In addition, he has periodically been featured in the press, in articles such as “Keeping Tasks Inside the Firewall” (LTN 1/30/12) and “IT Pros Climb Out of the Basement” (Recorder 9/18/07). 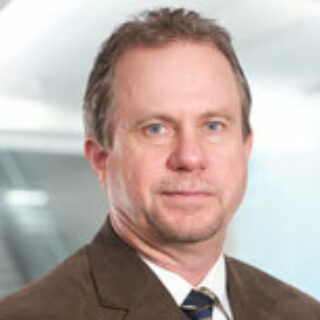