Casey has more than a decade’s worth of experience handling complex disputes and investigations. As a skilled trial lawyer and former federal prosecutor, he has led hundreds of high-stakes government enforcement cases. His experience spans securities fraud and insider trading, digital currency and cryptocurrency fraud and manipulation, bank, wire and mail fraud, tax evasion, money laundering, sanctions compliance, foreign bribery under the FCPA and criminal and civil antitrust. In addition, Casey routinely litigates and advises on private disputes, including commercial, fiduciary and securities matters.

Before joining Fenwick, Casey served as a federal prosecutor with the United States Department of Justice, Criminal Division, Fraud Section, Securities & Financial Fraud Unit, based in Washington, D.C. There, he led and co-led investigations and prosecutions across the country, including insider trading and other securities fraud matters, and bank, tax, procurement and investment fraud cases.

Before his time with the Fraud Section, Casey served with the U.S. Attorney’s Office for the Northern District of California, Criminal Division, where he led cases through all stages of investigation and litigation and successfully tried a number of cases to jury verdict. He handled certain San Francisco-based matters on behalf of the Economic Crimes & Securities Fraud Unit and many financial, street and general crime cases in the South Bay on behalf of the San Jose Branch Office and the Organized Crime Strike Force.

Casey began his career in New York with an Am Law 100 law firm, where he represented public and private companies, investment managers and individuals in several precedent-setting white collar criminal and civil cases. Among others, he collaborated on the insider trading cases, United States v. Rajaratnam and United States v. Newman, financial crisis era securities litigation and multinational cartel and bribery investigations. In 2012, Casey was detailed to the United Nations to support the International Criminal Tribunal for Rwanda in East Africa, where he helped prosecute the head of the Rwandan presidential guard in relation to the Rwandan genocide of 1994.

Casey has been recognized by the New York Law Journal, Ethisphere Magazine, Super Lawyers, the Irish Legal 100, and comparable authorities, as a “rising star” of the national white collar criminal bar. 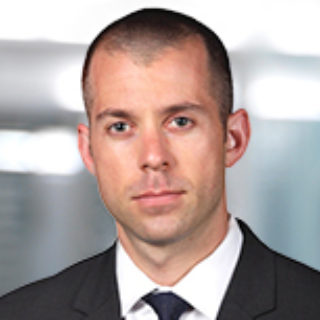