Dan represents biotech and pharmaceutical companies in all areas of patent counseling, including lifecycle management, patent portfolio development and restructuring, post-issuance proceedings, investment and transactional intellectual property due diligence and offensive and defensive patent strategy. He is a registered patent lawyer.

Dan has extensive experience in pharmaceutical lifecycle management, both for marketed pharmaceutical products and for products in late-stage clinical development that require additional patent term. Prior to joining Fenwick, Dan was responsible for worldwide prosecution of a second-generation patent family protecting the world's best-selling prescription pharmaceutical, including coordinating successful defense against 15 European opponents. For a venture-backed company repurposing a drug product that had earlier failed phase 3 clinical trials in a different indication, Dan designed a strategy for newly claiming the drug substance per se, including advice on new in vitro experiments, drafting, filing and prosecution of a new patent family, achieving allowance of Orange Book-listable claims shortly after acquisition of the company for $325 million upfront plus $120 million in contingent value rights.

More recently, for another venture-backed company, Dan designed a patent strategy that led to new drug substance and drug product claims for a complex mixture API in phase 1 clinical trials; the company was acquired for $200 million upfront, and the acquirer was then itself purchased for $1.2 billion. In 2012, in an effort to secure additional patent term for a newly-issued patent covering a French client's lead compound, Dan argued cross-motions for summary judgment in the District Court for the Eastern District of Virginia, advancing a patent term adjustment theory crafted in collaboration with a former colleague.

Prior to his legal career, Dan conducted research in molecular immunology and in eukaryotic gene expression. Certain of his publications are still being cited in the scientific literature.

“Daniel Becker is ‘one of the best in the life sciences industry.’ A source comments: ‘Without Dan, we would not have come as far as we have – well capitalized and with very strong, late-expiring intellectual property.’”

Admitted to practice in California and Massachusetts

Registered to practice before the U.S. Court of Appeals for the Federal Circuit, U.S. District Court for the Northern District of California and the U.S. Patent and Trademark Office 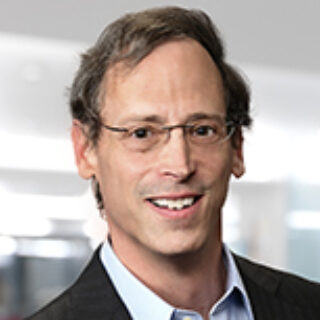