Additionally, Dargaye has worked on every stage of the IPR process—from petition through oral hearing—in representing both petitioners and patent owners in several IPR proceedings, including drafting IPR petitions, preliminary responses, patent owner responses and petitioner replies. Dargaye’s IPR experience includes representing a Fortune 500 company in two IPR proceedings in which the Fenwick team was able to successfully invalidate nearly every claim of the challenged patents.

Dargaye is also extremely active in pro bono. His pro bono work has included securing a favorable settlement for an inmate client who had accused prison guards of excessive force and failure to intervene, successfully representing a tenant in an unlawful detainer eviction case brought by the landlord, consulting low income inventors on patent prosecution matters and aiding veterans in proceedings with the Navy Board. Dargaye served as the lead attorney in each of these matters.

Prior to joining Fenwick, Dargaye represented clients in patent litigation and prosecution matters at the Chicago office of a prominent IP firm.

Before entering law school, Dargaye gained invaluable experience as a patent examiner at the U.S. Patent and Trademark Office. As a patent examiner, Dargaye spent three years analyzing patent applications and determining which should be granted a patent.

While in law school, Dargaye was an editor for the Northwestern Journal of Technology and Intellectual Property.

Admitted to practice in California and Colorado 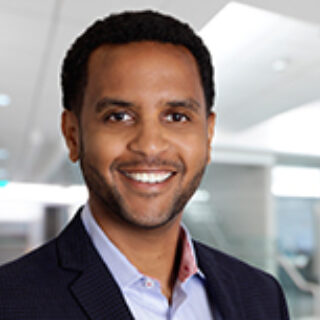