Dave is a top trial lawyer who is highly sought by the world’s most recognized and innovative companies to help them win complex and high-stakes patent litigation disputes. In 2021, he was recognized as the “Best Performing” patent litigation defense attorney in the country by Patexia. As one of the most influential patent litigators in the U.S., Dave has repeatedly been ranked as a Super Lawyer by Northern California Super Lawyers and honored as one of the top 75 IP litigation attorneys in California by the Daily Journal. He is ranked among the leading patent litigators by IAM Patent 1000 as a “tremendous trial lawyer” and “fantastic litigator” who is “distinguished by his combination of trial and technical skill” and “understands how to win.” Dave is also regularly recognized by The Legal 500, which has described him as a "great litigation strategist" with a "superior understanding of tech."

The world’s most innovative companies seek Dave’s advice not only because of his strong command of the law and strategic vision, but also because of his unsurpassed technical expertise. He is a former National Science Foundation Graduate Fellow with an undergraduate degree in physics from Yale University and graduate work in string theory at the world-renowned physics department at Princeton University. He understands most complex technologies with ease and translates them to trial themes that win. He has represented companies in a variety of technologies including cloud computing, natural language processing, machine learning, wearable tech, medical devices, cryptography, telecommunications, database management and business intelligence, e-commerce, and software and hardware design.

Dave has been winning cases for 25 years at every stage of litigation, from motions to dismiss through jury trials and Federal Circuit appeals affirming all of his district court wins. He is one of a few trial lawyers who successfully secured a large award of attorneys’ fees after winning summary judgment in a patent case. He has repeatedly shut down litigation campaigns by non-practicing entities against customers of his clients.

Admitted to practice before the U.S. Court of Appeals for the Federal Circuit

Registered to practice before the U.S. Patent & Trademark Office 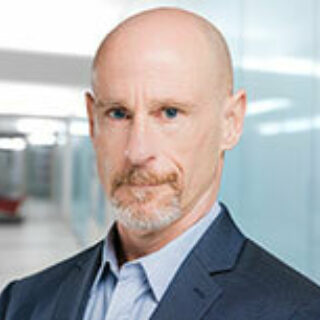