Jeff has been lead counsel on several high-profile patent infringement disputes as well as arbitrations on patent licensing issues, and has achieved a string of significant victories for his clients. An important part of his practice is counseling his clients prior to litigation on issues concerning patentability, patent clearance and licensing. Jeff has also developed a significant track record litigating matters and counseling clients in the electrical arts, including mobile communications, internet applications, semiconductor devices and hardware and software inventions.

In 2019, Jeff was honored by The Best Lawyers in America for his excellence in patent litigation. Jeff has also been consistently ranked by IAM Patent 1000 as a leading patent practitioner (2012 – 2020). Additionally, he has been recognized as a Patent Star by Managing Intellectual Property and a Life Sciences Star by LMG Life Sciences. Jeff has also been highly regarded by The Legal 500 for his handling of cases involving the Hatch-Waxman Act and for his IP work in media, technology and telecoms. The Benchmark Litigation Guide has also recognized Jeff as a Litigation Star. In 2014, Jeff was awarded Lawyer of the Year for Patent Litigation in New York. He is regularly sought after for his cutting-edge knowledge and frequently writes and lectures on patent law as well as other IP-related issues.

Prior to joining Fenwick, Jeff was a partner in the IP group at a leading international law firm.

“Jeffrey Oelke is an excellent litigator who is able to clearly communicate and explain complex legal issues to both internal management and to judges. He also has an excellent demeanor and rapport with both expert witnesses and inventors.”

Admitted to practice before the U.S. Patent and Trademark Office, the U.S. Court of Appeals for the Federal Circuit and the U.S. District Courts for the Eastern and Southern Districts of New York 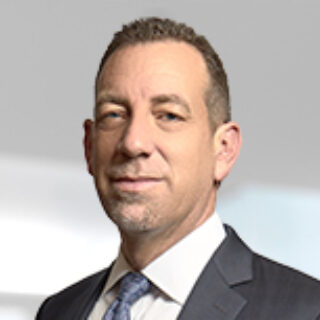