Larissa has a passion for resolving complex tax issues. She has built her reputation as a leading tax advisor on the foundation of keen analytical skills coupled with providing practical straightforward solutions. Larissa enjoys providing strategic advice on tax structuring, resolving tax disputes, and negotiating favorable tax transactions for companies primarily in the networking, media, retail, and blockchain industries.

Chambers and Partners has repeatedly recognized Larissa for her “wide-ranging practice,” with clients noting that she has "strong international tax expertise" and "a lot of insight, and is thorough, responsive and careful." Larissa is consistently recognized as a top tax attorney, receiving recognition from International Tax Review, Chambers, Euromoney, Legal 500, Daily Journal, Silicon Valley Business Journal and IAE. Larissa is one of the World’s Leading Transfer Pricing Advisors according to ITR.

Larissa has advised on numerous noteworthy transactions, including:

Larissa is a committed advocate who is sought out for her ability to resolve tax disputes at all stages. Recent representations include: Analog Devices v. Commissioner, 147 Tax Court No. 15 (2016), Aventis v. United States, U.S. Court of Federal Claims Dkt. No. 11 647T (2017), Amicus Curiae for Xilinx in support of Altera’s Ninth Circuit appeal, and TBL Licensing v. Commissioner, Tax Court Dkt. No. 21146-15 (pending).

In addition to her practice, Larissa also enjoys teaching international tax at the University of California, Berkeley, School of Law and speaking at conferences including TEI, IFA, Pacific Rim Tax Institute and the ABA.

In order to stay current on all the new tax law developments, Larissa writes a monthly column covering every important recent development in U.S. international tax for Tax Notes International.

Larissa is also passionate about supporting women tax professionals, and sponsors the ITR Women in Tax conferences and serves as President of the Women in IFA Network.

She is a leader on Fenwick's Pro Bono Review Committee and regularly provides pro bono services to various nonprofit organizations. Fenwick was recognized by The National Law Journal Pro Bono Hot List and Larissa's nonprofit work is pointed to as exemplary in the profile.

Larissa “brings a lot of insight, and is thorough, responsive and careful.”

“Larissa Neumann is an expert in transfer pricing.”

“Her response time is excellent and she is a pleasure to work with.”

“She is a great tax lawyer.”

Admitted to practice in California and Pennsylvania

Member of ABA Section of Taxation

Admitted to practice in the U.S. Tax Court, the Federal Court of Claims and the U.S. Court of Appeals for the Ninth Circuit 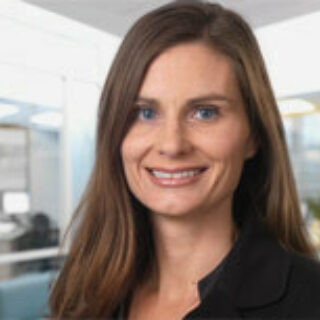