Lynn has handled complex patent and other intellectual property litigation in the life sciences, software, internet and hardware industries for over 30 years representing cutting-edge technology companies, universities and their highly innovative inventors in their most important suits. This has included establishing the validity of biotech-pioneer Cetus' patents on its Nobel Prize-winning polymerase chain reaction invention against DuPont, enforcing Amazon.com's 1-Click® patent against its then-arch rival Barnesandnoble.com and assisting the University of California in protecting some of its most important inventions, including CRISPR/Cas9 and fluorescent in situ hybridization. Lynn also repeatedly has defeated suits against his clients by non-practicing entities and others through jury verdicts, summary judgments and other favorable resolutions finding the asserted patents invalid or not infringed.

Lynn is a co-author of the Federal Judicial Center’s patent handbook for judges, the Patent Case Management Judicial Guide, and, with Hon. William W. Schwarzer, of Civil Discovery: A Guide to Efficient Practice. He has lectured about IP law subjects to groups that have included the Federal Judicial Center, American Association for the Advancement of Science, American Law Institute, Practicing Law Institute, UC, San Francisco and UC Berkeley School of Law. He is among the leading IP lawyers recognized in The Best Lawyers in America and several other lawyer surveys.

J.D., University of California, Berkeley, School of Law
Order of the Coif 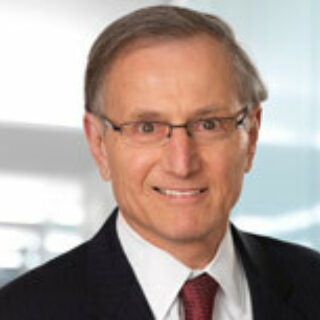