Ravi defends high tech and life sciences companies in high-stakes litigation, with a focus on patent and licensing disputes. He has represented companies in a variety of technologies including cloud computing, natural language processing, machine learning, cryptography, telecommunications, database management and business intelligence, e-commerce, and software and hardware design. Ravi has been recognized as a Rising Star in Northern California by Super Lawyers since 2019.

While Ravi strives to provide clients with strategies for early dispute resolution, he has substantial experience with all aspects of litigation, including summary judgment, trial and appeal. He has defended clients in jurisdictions throughout the country, including the Northern District of California, Eastern and Western Districts of Texas, District of Delaware and Federal Circuit Court of Appeals. Ravi has also represented clients in Section 337 investigations instituted by the U.S. International Trade Commission. In 2017, Ravi served as a law clerk to the Honorable Jon S. Tigar of the Northern District of California.

Ravi also has an active pro bono practice. He served on a team that helped secure a preliminary injunction forcing the California Department of Corrections and Rehabilitation to provide an inmate a medically necessary diet. Ravi was recognized for his contributions on this case (Pineida v. Lee, et al.) with the 2015 Outstanding Volunteer award from the Justice and Diversity Center of the Bar Association of San Francisco. Ravi has also represented clients in asylum proceedings and secured multiple permanent restraining orders on behalf of victims of domestic abuse.

While attending law school, Ravi served as an extern for the Honorable Judge Charles R. Breyer of the U.S. District Court for the Northern District of California and as a legal intern for Cisco Systems.

Admitted to practice before all District Courts in California, the Eastern and Western Districts of Texas, and the U.S. Court of Appeals for the Federal Circuit 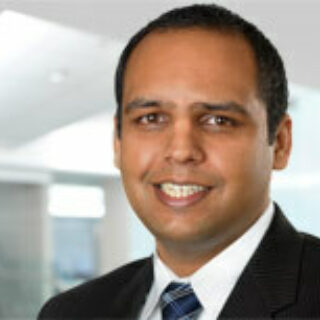