Robert is a formidable courtroom advocate, as well as an advisor to life sciences companies of all sizes as they prepare for product launch, anticipate generic/biosimilar competition and navigate all manner of business conflicts.

Regularly recognized for his accomplishments, Robert was named one of the nation’s top five life sciences lawyers under 40 by Law360. He has also been recognized for patent litigation by The Legal 500 and as a rising star by Super Lawyers.

Robert routinely counsels clients on litigation threats surrounding product launches, generic or biosimilar challenges, failed collaborations, contractual breaches and trade secret misappropriation. He acts, and has acted, as counsel in litigations involving small molecules, biologics, medical devices and software in numerous district courts throughout the United States and before the Patent Trial and Appeal Board. He also counsels technology and medical device companies in “bet the company” litigations against commercial rivals.

Robert is dedicated to pro bono service. He has negotiated IP licenses and research grants on behalf of an international research foundation, and represented children seeking special education services.

Robert’s research, in connection with his M.S.E., involved laboratory work focused on the role of mechanotransduction pathways in promoting bone healing and growth.

Admitted to practice before the U.S. Patent and Trademark Office, the U.S. District Courts for the Southern and Eastern Districts of New York, and the U.S. Court of Appeals for the Federal Circuit 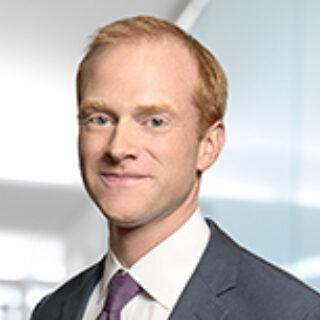