Mark partners with emerging, high-growth and mature technology companies in Silicon Valley and New York, throughout the U.S. and all over the world.

He offers strategic advice on transactional matters at every stage, including initial funding, venture capital financings, mergers and acquisitions and public market fundraising. He also represents the venture, incubator, corporate and growth investors who invest in those companies, as well as the investment banks that serve them. Clients appreciate the 360-degree perspective Mark brings from having previously worked as a legal and business executive at major technology companies and as a partner in a venture capital firm.

Mark firmly believes in the aphorism that “software is eating the world” and enjoys helping his clients launch and grow businesses built on software, artificial intelligence and machine learning. He has deep experience in a range of software-enabled industries, including:

Mark is among the most prominent lawyers advising the games industry. He is a leader of Fenwick’s preeminent games practice.

Highlighted by a well-known entrepreneur and venture capitalist as having, “opened my eyes to greatness at the position of legal counsel,” Mark has led teams handling merger, acquisition and divestiture transactions with a total value well in excess of $50 billion. He has directed many hundreds of venture financings, dozens of initial public offerings and a broad variety of other strategic alliance transactions, ranging from technology and distribution partnerships to multinational joint venture transactions.

In addition to over 30 years of legal practice at Fenwick, Mark was executive vice president of business and corporate development at Excite@Home, vice president of legal, mergers and acquisitions, at Electronic Arts and a venture partner at GGV Capital. He has also served on boards of directors of several public and private companies. Prior to attending law school, he was a software engineer.

Mark is “a consummate business lawyer who provides practical and actionable advice.” 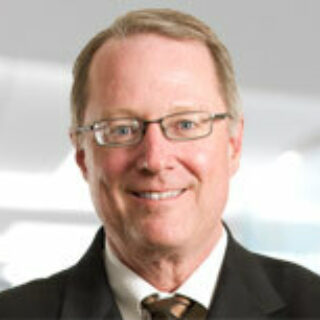