Prior to becoming a lawyer, Howard had a substantial career in the lithium-ion battery industry working for Panasonic and Sanyo Electric Company developing new products in the areas of electric vehicle and energy storage technologies. Before joining Fenwick, he was a senior associate at another Am Law 100 firm, where he focused on patent litigation, patent preparation and prosecution, and other technology matters. Howard has represented clients in the lithium-ion battery, electric vehicle, semiconductor, software, telecommunications, industrial, automotive, and oil and gas sectors.

Howard was Chair of the Community Outreach Committee for the Intellectual Property Section of the State Bar of Texas. He also served on the Board of Directors for the Japan-America Society of Dallas Fort Worth.

While in law school, he served as a judicial intern for the Honorable Barbara M.G. Lynn of the U.S. District Court for the Northern District of Texas. 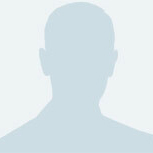 Fluent in Mandarin and Japanese