Daniel's practice is focused on patent strategic counseling and prosecution, and also includes intellectual property due diligence and patent litigation.

Dan’s combined backgrounds in computer science and economics give him a unique perspective on patent strategy. His practice emphasizes patent portfolio development based on identifying innovations that are economically strategic to the enterprise, and managing the creation of patent assets to maximize the value of those assets. Dan is ranked among New York’s top patent prosecutors in the most recent IAM Patent 1000 guide.

In addition to providing legal services to his clients, Dan has taught seminars in patent prosecution as an Adjunct Professor of Law at The University of California, Hastings College of the Law and at Washington University in St. Louis.

Dan is a frequent speaker on the topics of patent portfolio development strategies and patent law reform, and an active member of the American Intellectual Property Law Association (AIPLA) and the International Association for the Protection of Intellectual Property (AIPPI). Dan coordinates the World IP Day events throughout the United States for AIPLA and serves as the U.S. Representative on the Standing Committee on IT and Internet for AIPPI. Prior to joining Fenwick, Dan was a legal intern in the U.S. Senate, where he worked on the Judiciary Committee for Senator Russ Feingold.

Admitted to practice in California, New York and the District of Columbia

Admitted to practice before the U.S. Supreme Court, Court of Appeals for the Federal Circuit, and U.S. District Courts for the Northern and Eastern Districts of California, and Southern District of New York

Registered to practice before the U.S. Patent & Trademark Office 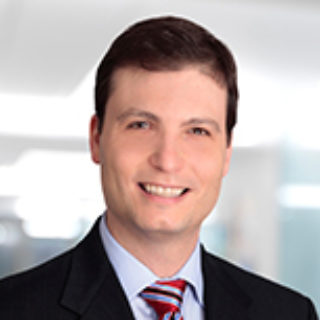