William is one of the founding partners of Fenwick.

In the early 1970's, when computer handling of personal information generated sufficient concern to coalesce libertarians, academicians and politicians, Bill traveled, spoke and wrote extensively on the need for rationality and caution in the flood of legislative proposals to regulate privacy and information handling. He appeared before various federal and state legislative committees to testify about proposed "privacy legislation," including the Privacy Act of 1974. He contributed to drafting changes to proposed legislation to eliminate undesirable side effects of the rush to regulate what were as yet uncharacterized activities involving information. He worked with WEMA (now AEA) to prevent the permanent retardation of the developing automation of information handling through the use of computers.

Bill has served as chairman, EFT Transfer Committee, American Federation of Information Processing Societies and was one of the initial members of the Committee on Electronic Legal Research, New York Bar Association. He has served as chairman, Committee on Law Relating to Computers, Section on Science & Technology. He was chairman of the Practicing Law Institute's program on computer litigation for three years during which he was the editor of three volumes of working papers on various subjects related to law and technology.

He co-authored the report on the use of technology in the courts for the California Future of the Courts Commission and was a member of the Judicial Council of California’s Court Technology Advisory Committee from its creation in 1992 to 2002. He received the 2001 Bernard E. Witkin Award from the Judicial Council for his efforts assisting the courts in adopting information technology and in moving into electronic filing. In 2011, he received the Southern Illinois University Distinguished Alumni Award for his outstanding career accomplishments and commitment to his alma mater and community.

Bill first began litigating technology disputes in 1968. Technology transfer, development contracts, taxation, licenses, copyright, trademark, trade dress, trade secrets, distribution and antitrust disputes have been the priority of his practice for over 30 years. Since 1992 he has been involved in a number of internet-related matters as well as online commerce and communications.

Admitted to practice in the Courts of Appeals in the Second, Seventh and Ninth Circuits, the Federal Circuit and the state and federal courts of California

Admitted to practice in the U.S. Tax Court and U.S. Supreme Court 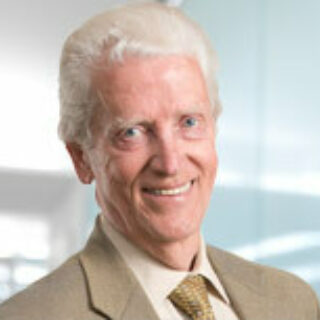